Older Brains Aren’t Necessarily Slower, But They Could Be Trying to Take In Too Much 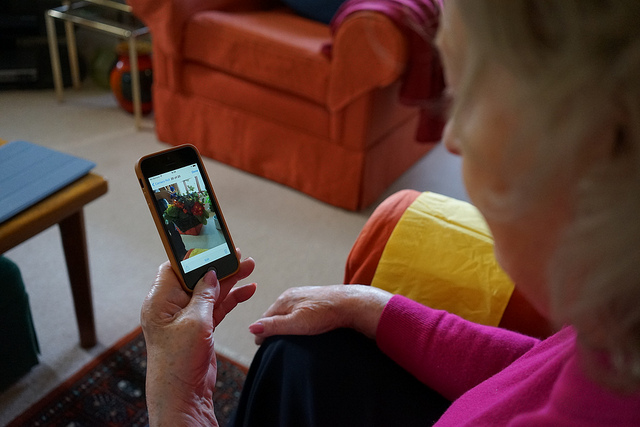 Why does it seem more difficult for older people to master the Internet or navigate the ins and outs of a new mobile phone?

While many think anecdotally that brains can “get too old” to master new things, it could be that they’re just not as adept at filtering out the trivial and irrelevant.

That’s the upshot from a recent study conducted by a team at Brown University that’s getting global attention. Researchers there discovered that while adult brains are perfectly able to manage new information, they also have trouble cutting loose extraneous information. That information overload tends to bog down the older brain’s speed.

Interestingly, this could be a younger brain’s skill — not learning, per se, but sidestepping the unimportant in a world of competing input, which they do every day online, on smartphones, playing video games, and more.

A visual task was then assigned to the study’s subjects. They were tasked with keeping watch of six letters and two numbers on “slides of moving dots.” The test subjects were subsequently asked which numbers they could see.

“But it was perception of the dots that was being tested,” according to the Los Angeles Times. “Researchers tinkered with how many of those wandering dots moved in a ‘coherent’ way from frame to frame. Some proportions were so small that they were below the threshold of conscious detection, while others were too obvious to ignore.”

Younger subjects ignored the dots, while older participants couldn’t help but try to take that information in, too.

“If you learn more unnecessary things, then there is a risk of replacing important, existing information in the brain with something trivial,” said Takeo Watanabe, one of the team members.

It’s interesting to consider the cultural implications, as well. In a world awash in information — more information is contained in the Sunday edition of the New York Times than most people living in the medieval era encountered in a lifetime, it is said — some data can’t make the cut.

Older people, who grew up in a more defined, less distracting era, may just be trying too hard to ingest it all. As the study suggests, the aging brain still learns. But perhaps it gets bogged down by the overload.