If you’ve ever started the day with enthusiasm and a checklist of items to accomplish but finished having done few or none of them, it can feel disappointing. The weight can feel inescapable when the disappointment grows day after day, along with a growing pile of unfinished projects and ideas. Motivation, mood, and independence skills begin to decline, leaving a person wishing they could simply tap into their brains to turn on a theoretical productivity switch, making it easy to get things done.

People with ADHD, depression, anxiety, physical disabilities, and many other diagnoses often feel the weight of this burden daily. Others might not experience it daily but can relate to the helpless feeling of not initiating, following through, or completing essential tasks as often as they’d like in life.

Elizabeth, for example, was a two-and-a-half-year-old girl who had Sensory Processing Disorder and Dyspraxia. These two diagnoses prevented her from completing or initiating what others might seem simple. Her mom wrote:

“Elizabeth is the hardest working girl I know. I remember so often when I would make a simple request to do something, I would see her anxiety start. Then I would see her reach for the item, get close to it, pull away, try again, almost touch it, and then, once she had it, her muscles would be the next problem to deal with. Then the tears would start. Then the anxiety would escalate from there, and sometimes, after repeated urgings, she would just stop all activity and simply look at the table and shut down. It was hard to want to teach something so badly and very seldom being able to do it calmly and peacefully.”

Like so many people, Elizabeth desired to do even the most simple tasks but couldn’t due to delays in her brain, which left her wishing for a magical productivity switch. While not magic, her family did find something more realistic that targets the portion of the brain responsible for independence, mood, and motivation, to promote productivity and acquisition of skills. Music’s real benefit on mood and independence helped Elizabeth, and many others access productivity more often in daily life.

Effect of Music on Motivation

Anyone who has run a marathon completed a hard workout, hiked a mountain, or performed any kind of demanding physical activity will likely have a story to tell about the “pump up music” they play ritualistically to get motivated. While the tendency exists, a group of college students participated in a study to determine an actual correlation between music and motivation.

In 2009 this group of college students “was asked to ride stationary bicycles for three thirty-minute sessions while listening to popular music of their choosing. Although the college students were unaware that the researchers had slowed down the tempo of their recorded music by ten percent in one session, sped it up ten percent in another, and kept it at the normal tempo in the third, their performance decreased significantly when the music was slowed. When the tempo was increased, their heart rates rose, they covered more miles, produced more power with each pedal stroke, increased their cycling pace, and reported enjoying the music much more. They knew the workout had been harder, they reported later- the music hadn’t masked the pain- but the increased pace had increased their motivation, making them more willing to push themselves.” – Healing at the Speed of Sound.

This study shows a direct correlation between tempo and motivation when listening to that music. Many other studies have shown that upbeat music with a strong beat truly can improve motivation, which is the first step in becoming more productive.

Effect of Music on Mood 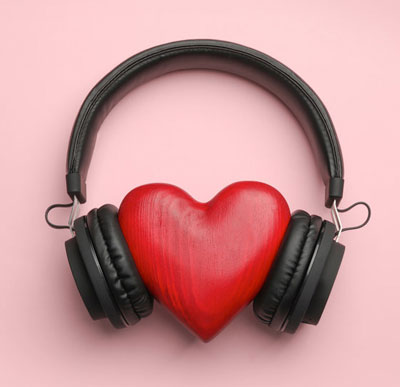 Another aspect of getting things done is a person’s mood when starting a project or task. Feeling sad, lazy, anxious, tired, or helpless is a hurdle to productivity.

One quick and effective way to improve mood is through music. Likely we’ve all experienced a moment where music evokes emotion, bringing tears, making a person want to dance, yell, rage, sleep, or laugh. But is music powerful enough to improve a person’s mood to the point of getting things done?

“One study of fifty-six software designers who claimed that listening to music improved their mood and enhanced their perception while working, for example, showed that without their music they took longer to complete their work and their work quality declined.” – Healing at the Speed of Sound.

Without a doubt, the lack of music led to a decrease in productivity for these designers. Research has found the tempo of a piece of music to determine the moods evoked while listening. Slower pieces with a beat can feel relaxing, while faster music brings enthusiasm and energy.

These findings can bring hope for anyone with anxiety, depression, or other diagnoses affecting mood that leads to a growing pile of unaccomplished tasks. Knowing that music can improve a person’s mood empowers anyone to have the tools to tap into happiness, joy, positivity, and different feelings that support productivity. 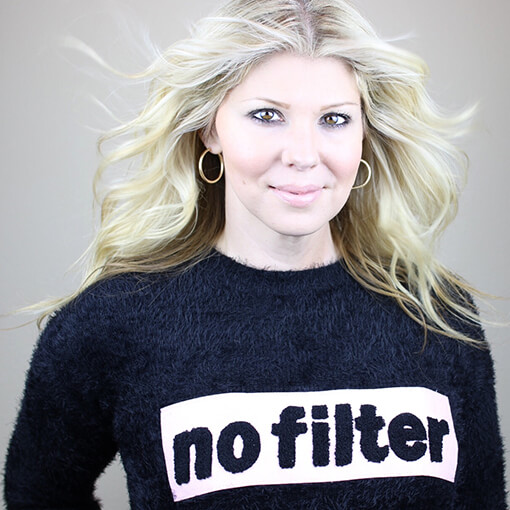 For example, one woman, Erin Matlock, who struggled with depression, found music to be a profound and integral tool to help build her own successful business. Erin said, “The music inside ​The Listening Program helped me get my brain back after depression took it away. I always knew it helped with autism, but I had no idea of how powerful it was for everyone else.”

Effect of Music on Independence

When a person wants to be productive, motivation and mood directly impact any efforts to begin. Improved motivation and attitude lead to more completed projects, skills learned, and tasks initiated. This creates a positive cycle which results in an overall feeling of independence.

Independence, especially for children, requires confidence and security. Both of those were benefits Elizabeth enjoyed as she progressed in TLP. The listening sessions brought “successes [that] were like little gifts for us all to see. They were giving us the thing we wanted most for our daughter, and that is for her to be part of this thing called life. To have a chance to play, laugh and succeed.” – Elizabeth’s Mom.

The Listening Program is a scientifically designed music listening program that stimulates specific portions of the brain to help listeners achieve their goals in life. As Erin Matlock said, it can work for people with or without a diagnosis.

Rooted in the science of stimulating portions of the brain responsible for productivity, TLP Level One program combines an upbeat tempo and high frequencies to improve mood, motivation, and independence for people of all ages and abilities.

At Advanced Brain Technologies, we classify this kind of music with high frequencies and upbeat tempos as the “Red” zone. While all of the frequencies the brain can process are included in all four TLP Core Programs, TLP Level One has the most modules in the red zone, making it a powerful program for anyone wanting to improve productivity in their life. 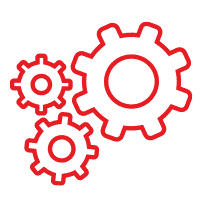 Imagine top of the brain/highest level of thinking. Red can make you think high energy in a positive way. Think about things you use your brain for that require an extra level of work, effort and energy, both physically and mentally, for the support that this zone provides.

TLP Level One and Productivity

Listeners often see improved attention and memory, planning, scheduling, prioritizing, and making decisions easier. When a person isn’t getting stuck in the planning, concentration, and scheduling process, it’s easier to feel and maintain a level of motivation and improved mood, resulting in better productivity. As their performance improves, listeners feel confident, independent, and capable. This cycle of positivity continues as the brain is gently rewired through each listening session of the program.

Elizabeth demonstrated this in her journey. As the music worked on rewiring her brain, making it easier for her to accomplish simple tasks, her confidence improved which encouraged her more independence.

Erin saw this in her own life as well. She noted,

I got me back. The young me. The one who was full of life and free and believed my “good years” were still ahead of me. The one who didn’t feel the need to conform and please. It’s like someone opened my head and cleared out all the junk that had been building up for decades. Now I wake up and start my days with my eyes and heart fully wide open…and what I am receiving makes me grateful to be alive.
– Erin Matlock

While there may not be a theoretical productivity switch we can access to get things done and feel more independent, The Listening Program is a safe and natural way for anyone to improve motivation, mood, and level of independence.