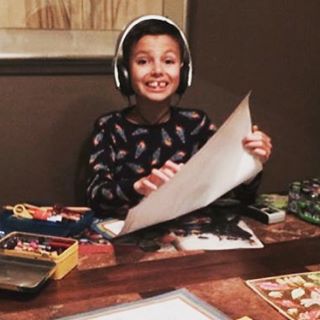 Are autism and what have come to be referred to as Sensory Processing Disorders (SPD) two different disorders?

It appears so. Recent research by scientists studying the conditions reveals that children with SPD have decreased structural brain connections in specific sensory regions different than those found in subjects with diagnosed autism.

Among other things, the findings legitimate SPD as a clinically important neurodevelopmental disorder.

The research, published in the journal PLoS ONE, is the first of its kind to analyzes what, if any, differences emerge in the structural connectivity of the brains of young people diagnosed with autism in comparison to those who have been given an SPD diagnosis. In addition to these two groups, a control group of typically developing boys helped define the parameters of the study.

It’s new research that comes on the heels of UC San Francisco’s influential 2013 study, which was the first to find that boys afflicted with SPD have quantifiable, definable brain structure differences compared to typically developing boys. While the research uncovered biological bases for the disease, it also brought forth additional queries, including the question of how those differences compared with other neuro-developmental disorders.

“With more than 1 percent of children in the U.S. diagnosed with an autism spectrum disorder, and reports of 5 to 16 percent of children having sensory processing difficulties, it’s essential we define the neural underpinnings of these conditions, and identify the areas they overlap and where they are very distinct,” said senior author Pratik Mukherjee, MD, PhD, a professor of radiology and biomedical imaging and bioengineering at UCSF.

As experts know, SPD is often hard to diagnose with perfection. That’s partly because about 90 percent of children diagnosed with autism also are reported to have atypical sensory behaviors.

Adding further complexity to the situation, SPD has not to date been included in the “bible” of disorders — the Diagnostic and Statistical Manual commonly referenced by child psychiatrists and psychologists.

“One of the most striking new findings is that the children with SPD show even greater brain disconnection than the kids with a full autism diagnosis in some sensory-based tracts,” said Elysa Marco MD, cognitive and behavioral child neurologist at UCSF Benioff Children’s Hospital San Francisco and the study’s corresponding author. “However, the children with autism, but not those with SPD, showed impairment in brain connections essential to the processing of facial emotion and memory.”

Young people with SPD struggle when they try to process stimulative activity, and that can cause a plethora of symptoms including hypersensitivity to sound, sight and touch, poor fine motor skills, and easy distractibility.

For instance, some SPD children cannot tolerate the sound of a vacuum, while others can’t hold a pencil or manage successfully common emotional responses.

“These kids, however, often don’t get supportive services at school or in the community because SPD is not yet a recognized condition,” said Marco. “We are starting to catch up with what parents already knew; sensory challenges are real and can be measured both in the lab and the real world. Our next challenge is to find the reason why children have SPD and move these findings from the lab to the clinic.”