Alzheimer’s and Memory Loss: Natural Ways to Protect Your Brain

Imagine a world where people could age gracefully, avoiding any symptoms of Alzheimer’s or other forms of dementia such as:

While it might sound ideal, science has shown that these side effects of aging aren’t inevitable and could be avoided or minimized through natural practices. While these practices may be simple, the benefits people are experiencing from them give hope that this dream of gracefully aging is a possibility for anyone.

Among those natural practices are:

With a bit of knowledge of what causes these symptoms of aging, Alzheimer’s, and other forms of dementia, people of all ages across the globe are maximizing their ability to enjoy excellent brain health longer and more confidently than they imagined. 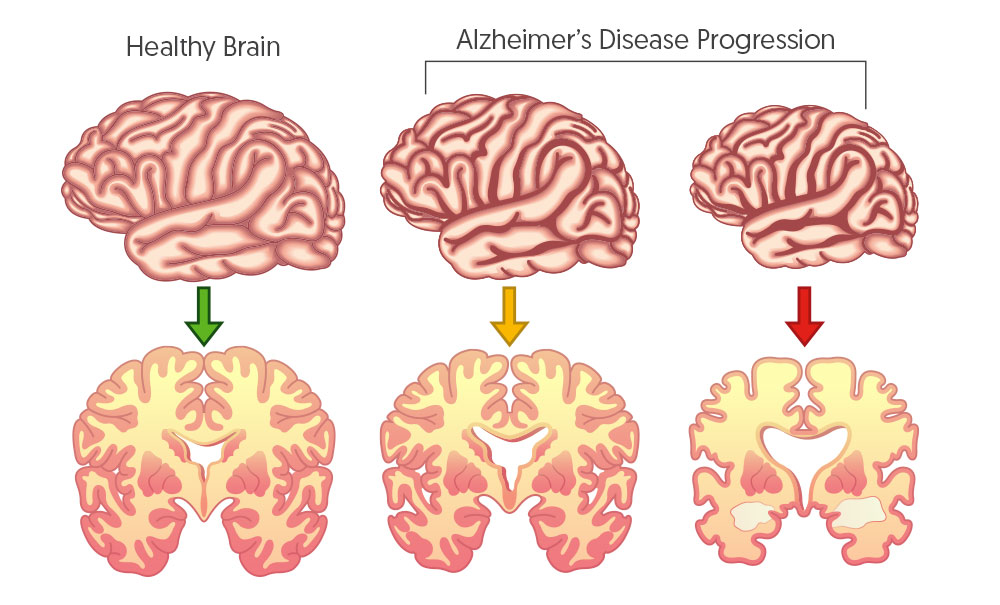 Scientists now think a complex mix of lifestyle, genes, age, environment, and health conditions lead to the brain changes of Alzheimer’s—up to 20 or 25 years before obvious symptoms arise in daily life. Once symptoms occur, noticeable changes are easily seen in the structure of the brain, caused by nerve cell death and tissue loss throughout the brain.

Because of this cell death and tissue loss, over time, the brain shrinks dramatically, affecting nearly all its functions which we commonly associate with Alzheimer’s:

The science behind neuroplasticity makes it clear that the brain is capable of changing and improving throughout life. In addition to that knowledge, it’s also apparent that even a person’s genetic expression can improve through epigenetics.

While we can’t change our hard-coded genetics, our choices can impact the layer of chemicals that sit atop our DNA, telling it what to do. This layer called the epigenome affects our chances of developing diseases we are at risk for and the moment-to-moment gene expression, and the expression of our genes responds dramatically to the input they receive.

In an interview with Alex Doman, founder of ABT, various medical professionals, like David Perlmutter, MD, a Board-Certified Neurologist and six-time New York Times bestselling author assert that one decisive way to prevent brain inflammation, promote brain growth, and protect your genetic destiny is to improve food choices. Avoiding grains, eating more leafy greens, and healthy fats are among the most common eating habits Dr. Perlmutter has found to reduce the likelihood or the symptoms of Alzheimer’s in anyone, particularly the aging population.

In an interview with Alex Doman, Max Lugavere, a top health podcaster, wellness journalist, filmmaker, and author echoed the power of nutrition to minimize or prevent the effects of dementia. After his mother was diagnosed with a rare form of dementia, he dedicated himself to uncovering the most up-to-date scientific research, talking to dozens of leading scientists and clinicians worldwide, and discovering that many other natural, enjoyable measures could be taken to decrease inflammation, thereby supporting brain health even into later years.

One practice, in particular, that stands out among them all is music, notably The Listening Program® (TLP). TLP is a scientifically designed music listening program with decades of research behind it and millions of users worldwide who’ve experienced its benefits in their lives. With short, 15-minute daily sessions, TLP is accessible and easy to use in any home.

Improving the Brain Through The Listening Program

Our brains are musical; neuroscience has proven through functional brain imaging that virtually the whole brain is engaged when we listen to music.

Music engages your brain’s reward system releasing a “feel-good” neurotransmitter called dopamine, which improves mood, motivation, and perception of pain. In addition to increasing dopamine, music also employs networks responsible for planning and memory, attention and language, vision and balance, and more. These are critical for the aging population, as a decline in these factors leads to degeneration, sedentary behavior, and poor overall health.

The impact of music on those with Alzheimer’s, dementia, or memory loss is now being studied, and the results are astounding. One woman, an 80-year-old former college professor, experienced the benefits of TLP firsthand.

Before starting TLP, this woman was initially referred to a professional for stroke-like symptoms. She had been a university professor long after the traditional retirement age, specializing in Acoustic Science in the Psychology department of a major university.

She noticed difficulties with word fluency, general anxiety, and an overall decline in her independence which led her son to consider placing her in an assisted living facility. After trying the medication, the side effects were undesirable, so she searched for a natural solution and found The Listening Program.

Within the first week, she noticed an improvement in her ability to retrieve words and speak with more fluidity. After four weeks, she experienced a drastic reduction in anxiety and felt she did not need medication.

A formal assessment indicated a 30% improvement in her fluency with word-finding, thought formulation, and speaking rate. In turn, this improved her Emotional Intelligence, which had been lacking initially.

After two months, she felt confident enough to do revisions to her published academic book, call former colleagues for phone conversations, and go for walks in her neighborhood. Equally important, she could advocate for herself in appointments with her physicians, which seemed impossible initially.

Music as medicine, specifically The Listening Program, has given this intelligent, dynamic, independent woman the gift of choice. She could choose to live alone as she preferred, choose to use TLP rather than pharmacology to lessen her anxiety, and to choose to improve one of the most vital skills in aging: communication. This has given her the ability to live her life as she wishes, with dignity and ability. That is the best definition of successful aging.

How does music affect so many different aspects of brain function and daily life for those aging or who have a form of dementia or Alzheimer’s?

Stress Reduction
Chronic stress has lots of adverse effects on the brain and body. There is substantial evidence that chronic stress activates an inflammatory response in the brain, impairs memory, and is one of the biggest inhibitors of BDNF.

Listening to certain music has a positive impact on our health by improving the regulation of the psychobiological stress system, helping us recover faster after we experience stress, and reducing the stress hormone cortisol, helping us achieve a calm state of homeostasis.

Improved Auditory Processing
We are wired for sound. Hearing is one of our earliest connections to our world. New Research Links Alzheimer’s and Hearing Loss – Over the past few years, researchers at Johns Hopkins have done studies looking at how hearing loss may influence cognitive decline. In each case, they met with many seniors over several years and tracked which ones developed Alzheimer’s and how quickly the disease progressed. In each study, the people with hearing loss had higher rates of dementia. 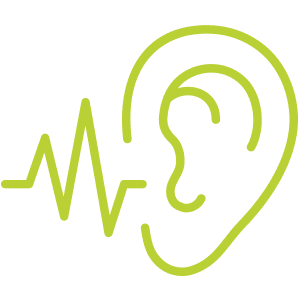 These studies don’t suggest that hearing loss itself causes dementia, but it shows a link between the two. The researchers have a few theories on why that might be:

Change in brain function: The particular part of your brain in charge of hearing and processing auditory information may start to work differently when it lacks stimulation, causing a change to how your brain is structured.

Music, in general, had a profoundly positive effect on the aging population, which further supports the idea that TLP can do even more. TLP is scientifically designed to gently and increasingly stimulate specific brain areas progressively and enjoyably.

Read more about how TLP supports independence and motivation here.

Aging Confidently with TLP
As a company, ABT is committed to changing the idea of aging, promoting the possibility that aging can happen gracefully, without the expected decline of movement, memory, focus, joy, or vitality.

Hope for the Future

Advancements in neuroimaging and a determination to continue providing natural, effective ways for adults to age gracefully offer hope for everyone to enjoy health, memory, focus, and joy throughout life.

We invite you to participate in the efforts to help all brains age gracefully by seeing what The Listening Program can do for you or your loved ones. Try TLP today free for seven days, and experience the joy of a more healthy brain at any stage in life.

Take the first step by activating your 7-Day Free Trial to experience the healing power of music: try.advancedbrain.com

The Rhythm of Life: Music for Newborns, Preemies, and Developing Children

Rhythms are all around us, creating a steady beat for life and its patterns. This rhythm can be detected even before birth as a fetus becomes accustomed…

Avoid the “summer slide,” referring to kids’ tendency to slide backward in their academic skills during the summer months. It is possible to keep their brains active,…

A 3-Pronged Approach to Academic Success with Music

Explore a 3-pronged approach for academic success using an evidence-based intervention that can make a difference for learning recovery while simultaneously addressing students’ social and emotional needs.…