The definition of “successful aging” has certainly changed over the past few years. The current generation of seniors, referred to as Baby Boomers — and beyond — want a different lifestyle than the previous generation. The Harvard School of Public Health reports that are 76 million Americans in this demographic, which represents the largest generation in American history. So, what is important to support successful aging for this population?

The current group of seniors prioritize aging-in-place in their homes and want to be healthy and active. The fear of being institutionalized is among their primary concerns. As our lifespans increase, the age of Social Security has also nudged upwards and Boomers both want and need to be vital and working longer than their predecessors. To do that, they need to have physical health, and perhaps more importantly, they need good mental health as well. 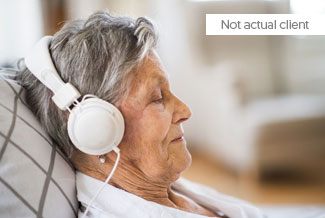 An example of this dynamic is in an 80-year-old client who was referred to me for stroke-like symptoms, yet she did not qualify for rehabilitation as her hemorrhage had cleared and her neurologist said she was not eligible for Medicare-covered services since she was doing “well enough” 6 months after the event. She had been a university professor long after traditional retirement age, specializing in Acoustic Science in the Psychology department of a major university. She had been on a book tour for her recent publication but found that, while she could deliver a capable speech, she floundered with the question-and-answer segment that followed. She came seeking help with giving a speech and to continue her work that was vital to her. Her work life was the core of her identity, and she was not ready to let it go.

It became apparent her difficulties were in two key areas: fluency and anxiety. While she was recommended to follow up with her physician for anxiety, she indicated she had tried medication and was strongly opposed to it due to side effects. I introduced her to The Listening Program® (TLP), and she immediately wanted to embark on doing the program. Ironically, the neuroscience behind TLP was closely aligned with her life work in acoustic psychology, and she was excited to have a tool that resonated with her theoretical research and teaching.

The results were significant. Initially, her only child insisted she be placed in an assisted living facility instead of living alone, as he deemed her “dependent”. She refused until she completed a full round of TLP to see if it made a difference.

She noticed an improvement within the first week, and was insightfully attuned to even minute changes, such as her prosody, word retrieval, volume, and fluency. She also reported a reduction in anxiety after 4 weeks, enough so she felt she did not need medication, although she still has bouts of anxiousness.

Assessment indicated a 30% improvement in her fluency with word-finding, thought formulation, rate of speaking, and ability to focus on the listener rather than her own self-monitoring. In turn, this improved her Emotional Intelligence, which had been lacking initially, even by her own awareness.

After 2 months, she felt confident enough to do revisions of her published academic book, call former colleagues for phone conversations, and go for walks in her neighborhood, briefly talking with people she knew. Equally important, she was able to advocate for herself in appointments with her physicians, which seemed impossible initially.

I have been a practicing professional for 45 years, with a wide-ranging private practice that spans the educational, business, and medical fields. Learning and communication is the core of my work, and I have found that using brain-based strategies helps my clients reach their goals. The Listening Program is the most effective, research-based novel approach I have found in solving client concerns, especially for the aging population.