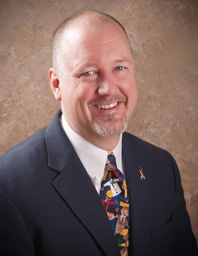 Allen T. Lewis, MD has over 30 years of medical practice experience using both traditional and integrative medicine approaches. He is the founder of the Sancta Familia Center for Integrative Medicine (2011) in Columbus, Ohio, where he specializes in treating children and adults with learning, mood, developmental, behavioral and immune disorders, including ASD, ADD/ADHD, PANS/PANDAS and Lyme Disease. In addition, he treats patients with anxiety disorders and gastrointestinal issues.

He attended the University of Washington School of Medicine in Seattle, Washington and completed his pediatric residency training at Primary Children’s Medical Center in Salt Lake City, Utah. He was board certified in Pediatrics in 1993 and completed re-certification in 2000 and 2007. Before founding Sancta Familia  he practiced general pediatrics for ten years in Salt Lake City, Utah and Billings, Montana, and served for seven years as Medical Director of the Pfeiffer Treatment Center in Warrenville, Illinois, where he treated children and adults with learning, mood, and behavioral problems with targeted nutrient therapy.

His medical career was directed down a different path when his child was diagnosed with autism at age two. Without a functional framework in traditional medicine for treatment of his child’s autism and associated medical problems, Dr. Lewis began to explore integrative, holistic and functional medicine therapies. Dietary intervention, targeted nutrient supplementation, and approaching treatment with a more integrative/functional framework proved to be effective in helping his child, as well as many of his patients. In response to seeing such profound effects with these treatments, Dr. Lewis continued to explore other integrative medicine modalities and was certified by the American Board of Integrative Holistic Medicine in 2002 and re-certified in 2010.

Dr. Lewis became Medical Director of the Pfeiffer Treatment Center in 2003. In this role he was able to concentrate on the treatment of children and adults with learning, mood, and behavioral problems, such as autism spectrum disorder, ADHD, bipolar disease, mood disorders, and behavior disorder. Additionally, he participated in research resulting in two publications on oxidative stress/damage in children with autism and one publication regarding a clinical diagnosis commonly referred to as pyrrole disorder. The more integrative approach to the evaluation and management of learning, behavior, and mood problems he developed at the Pfeiffer Treatment Center facilitated a more predictable, effective, and reproducible approach to the treatment of patients with these medical conditions. He has spoken nationally and internationally regarding the targeted nutrient management of the learning, mood, and behavioral problems listed above and was invited to author an article for the Autism Society of America member publication Advocate4.

Dr. Lewis has been recognized as a leading physician by PANDASnetwork.org and is devoted to bringing hope and healing to patients and their families affected by PANS/PANDAS. He incorporates Advanced Brain Technologies’ The Listening Program® method in his practice as one of his therapeutic modalities.