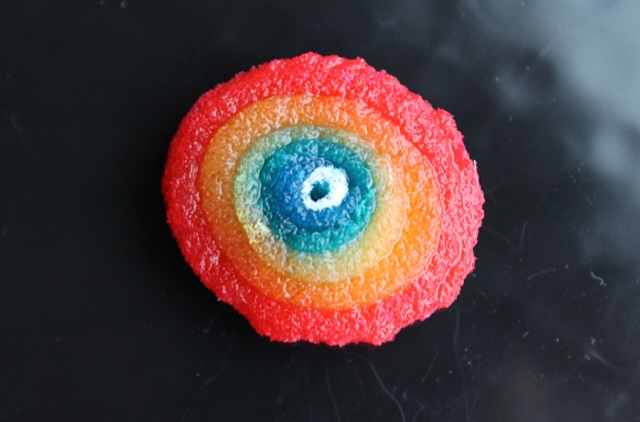 Sometimes to see the whole, one first must examine the parts — or even grow them.

That’s one factor undergirding a recent research development at Tufts University in Boston. Researchers at the Tissue Engineering Resource Center at Tufts have announced development of a three-dimensional brain-like tissue that is “structurally similar to living rat brain tissue, functions enough like it for experimental purposes, and is able to be kept alive for as long as two months.”

“The advantages of tissue testing,” according to an abstract published in the journal of the Proceedings of the National Academy of Sciences in the U.S. (PNAS), “is that it’s much easier and precise than working with entire organs, it’s more humane than experimenting on animals, and the experiments can be tailored to suit the problem. The stumbling block is making the tissue to suit the job, and growing neurons in Petri dishes doesn’t always meet the need.”

Growing brain cells in standard culture venues does not work well, owing to several factors. In addition to the fact that the cells only grow in two dimensions, they also fail to segregate properly into white (axons) and grey matter (neuron cell bodies), do not generate the complex structures found in living brains, and are very short-lived.

Because brain cells don’t naturally produce the right structures in the laboratory, they need to be guided, which was the impetus for the Tufts study.

“The Tufts’ solution was to work out a way to three dimensionally grow tissue that shows complex structure, properly segregates white and grey matter, and responds like proper brain tissue. The team did this by using two materials: a silk protein, which is used to build a scaffolding, and a collagen-based gel,” according to the story.

Here’s how it works.

The scaffolding holds the material together and the gels encourage the cells to grow through it – “much like ants in the jelly of the more high-tech varieties of ant farms you find in toy stores.” It’s made by building a donut out of the silk protein in which the scientists mix rat neurons. In the middle of the donut is, appropriately, the “jelly” made of the collagen protein, which oozes into the scaffolding.

As neurons grow, they form networks around the pores of the scaffolding. Then, axon projections grow into the center. Finally, they connect to the opposite side. The end result? A replicative structure very similar to proper neural tissue that lives a lot longer than the 2D Petri dish variety — and exhibits a similar gene expression to that of growing nerve cells.

The Tufts team believes such artificial tissue could be used to assist in development of new treatments for brain dysfunction. In the meantime, researchers are working on ways to replace the donut scaffolding with six concentric circles, each containing a different type of neuron to mimic the six layers of the human cortex.

“Good models enable solid hypotheses that can be thoroughly tested,” says Rosemarie Hunziker, Ph.D., program director of Tissue Engineering at the NIH’s National Institute of Biomedical Imaging and Bioengineering (NIBIB). “The hope is that use of this model could lead to an acceleration of therapies for brain dysfunction as well as offer a better way to study normal brain physiology.”