The Making of the inTime Drum 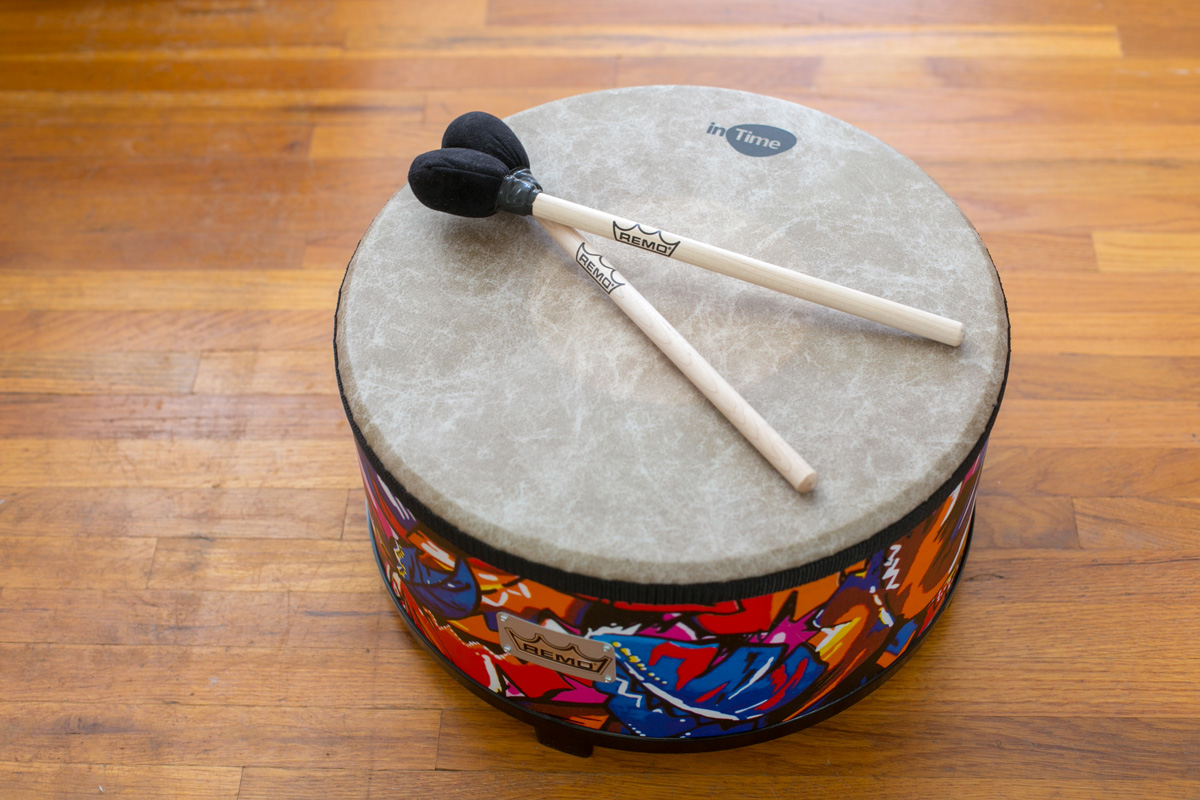 “There is a need to drum.”
-Mickey Hart

Almost 25 years ago former Grateful Dead drummer Mickey Hart began a chapter in one of his books, Drumming at the Edge of Magic, with this thought… “There is a need to drum….I believe that….You’re just born with it. You can acquire technique, but not this need, it’s a birthright.”

We’ve all experienced it… rhythms get us moving and affect how we feel and what we do, especially when we’re listening to drumming and other percussive sound.  inTime has been designed to engage you with rhythm through its original world music and movement activities. These activities include drumming, which provides the opportunity to develop rhythm awareness, find “the beat”, keep it, and use it.

Each inTime program comes with a therapeutic drum developed in partnership with Advanced Brain Technologies and REMO, Inc. In fact Remo Belli, founder of REMO, personally designed the drum working with the producers of inTime.

So how did this collaboration come about? It seems to have been meant to be, since Remo Belli and Alex Doman had met just a couple of years earlier. In the summer of 2011, Advanced Brain Technologies and REMO, Inc. happened to co-sponsor the inaugural conference for the Interdisciplinary Society for Quantitative Music and Medicine Research at Weber State University in Ogden, Utah. As Remo and Alex had a chance to talk during that conference, they discovered they shared ideals about both the power of sound as a catalyst for change, and a need to help people, including musicians to protect and preserve their hearing.

The production of inTime, a rhythm-based music listening method, was already underway, including the design of activity plans incorporating body percussion, drumming and graded movement sequences, among many other options.  During this process the producers Sheila Allen, Nacho Arimany, and Alex Doman determined a drum needed to be designed as a therapeutic tool for use with the inTime protocol.

Nacho is a master ethnic percussionist, and Sheila is a pediatric occupational therapist who has over 20 years experience using drums with her patients. Together with Alex they determined the requirements of the percussion instrument; something affordable and accessible that could be played by young children, teens and adults, was fun to play, durable for therapeutic practice, did not need to be held, sounded great with hands and mallets, could be played by one or two people at once, had the right frequency and tone, and would intrinsically motivate either musicians or non musicians to drum.

Alex then contacted Remo to see if he would be interested in designing the drum for inTime. Remo is a pioneer of drum head and percussion instrument design. A professional drummer since age 16, he has been designing and manufacturing drumheads and percussion instruments for over fifty years, including drums used as therapeutic tools in music therapy programs. Remo was extremely gracious when Alex made the call and enthusiastically agreed to go to work with the inTime team. Over the course of three months Remo built drum prototypes which both Sheila and Nacho tried, in addition to testing with patients in Sheila’s clinical practice.  After testing, feedback would go to Remo, and he would then develop a new prototype.  It took just three rounds of this testing/prototype process to arrive at the final drum and mallet design. The final test was: given the option of many drums to play, which drum children chose most often and responded to the best.  The drum pictured in this article is the final prototype. Drums went into production at REMO in Valencia, California just two days ago.

The inTime Drum is a Gathering Drum that can be played with hands, sticks, or mallets. It has a SKYNDEEP REMO drumhead pre tuned to 99Hz; a frequency that Remo has found works well in therapeutic applications. The diameter is 14 ½ inches across and 7 ½ inches high. The drum is extremely stable and durable, and can easily be played on the floor, on a table, or on your lap. Each inTime Drum includes a set of mallets, and is made by REMO, Inc. in the USA.