The Football Brain: Why Athletes Shouldn’t Have Their Heads in the Game 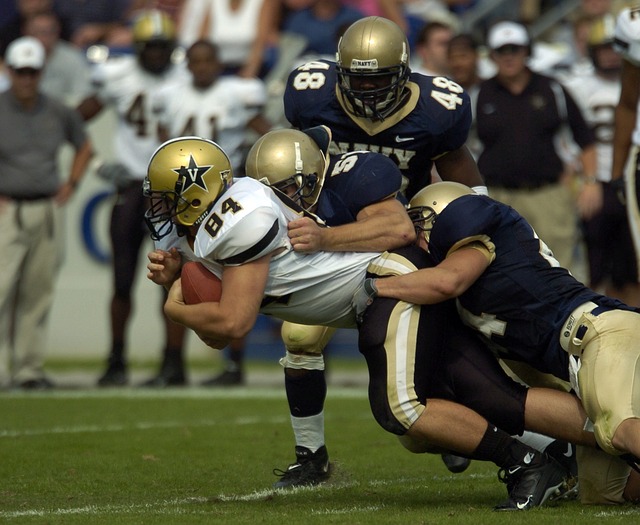 It’s something that many have known intuitively for some time, but now there’s more scientific evidence: football can damage the brain.

A new study conducted at the Ben-Gurion University Brain Imaging Research Center in Israel, the results of which are published in the current issue of the American Medical Association’s journal JAMA Neurology, suggests it might be better if football players — and others who play rough sports — didn’t “have their heads in the game.”

Dr. Alon Friedman, who pioneered the new diagnostic, was interested in early detection research, noting that “until now, there wasn’t a diagnostic capability to identify mild brain injury early after the trauma.”

Years of research in vascular pathology, particularly related to the blood-brain barrier (BBB) and how it can affect brain dysfunction and degeneration, have shown such injuries may be the precipitating cause of neurodegenerative complications.

A highly selective permeable membrane that separates circulating blood from extracellular fluid, the BBB is designed to shelter the brain by preventing alien substances from penetrating and causing damage and/or infection. Friedman and his team hope future research may lead to development of drugs that could facilitate BBB repair and prevent brain diseases, including Alzheimer’s.

“The goal of our study was to use our new method to visualize the extent and location of BBB dysfunction in football players using Dynamic Contrast-Enhanced Magnetic Resonance Imaging,” said Friedman. “It generates more detailed brain maps showing brain regions with abnormal vasculature, or a ‘leaky BBB.’”

The research comes on the heels of acknowledgement by the U.S. National Football League that about one in three professional players could be expected to experience long-term cognitive damage. The impairment also presents at an earlier age, due to repeated injury starting at a young age.

Friedman also indicated that repeated, mild concussive events might impact some players differently than others. This level of diagnosis of individual players can provide the basis of more rational decision making on “return to play” for professionals as well as amateurs of any age.

“Generally, players return to the game long before the brain’s physical healing is complete, which could exacerbate the possibility of brain damage later in life,” advised Friedman.