The Canine Brain Connection: Humans Appear to be ‘Dog People’ For a Reason 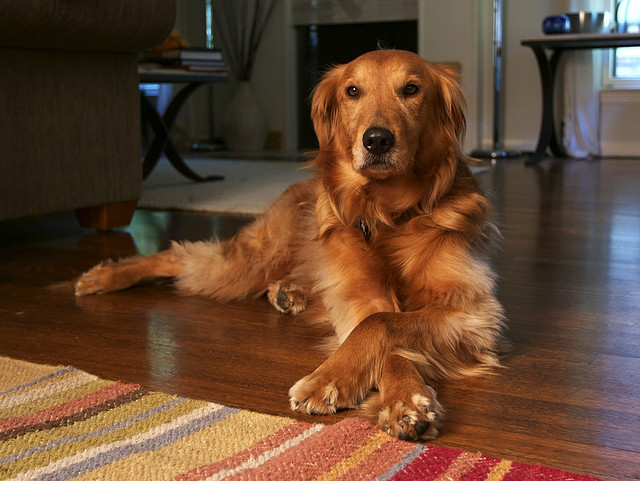 As every mother knows, there’s something special about seeing the faces of her own children. Chalk it up to an evolutionary protection scheme, or just the way humans respond to people and things they consider truly theirs, but research consistently shows the connection.

The same — it seems — applies to dogs (and maybe other animal friends, too). What drives the overwhelming bond which connects humans and pets?

Lori Palley, the assistant director of veterinary services at Massachusetts General Hospital’s Center for Comparative Medicine, wanted to know. Palley is captivated by the idea that people’s strong relationships with their dogs are — in the parlance of science — statistically ascertainable.

Palley’s latest research, published in the journal PLOS ONE, revealed that scans of the brains of mothers observing images of their own offspring or their own dogs activated similar regions of the brain.

“There was a common network of brain regions involved in emotion, reward, affiliation, visual processing, and social cognition when mothers viewed images of both their child and dog,” notes the abstract. “Viewing images of their child(ren) resulted in brain activity in the midbrain (ventral tegmental area/substantia nigra involved in reward/affiliation), while a more posterior cortical brain activation pattern involving fusiform gyrus (visual processing of faces and social cognition) characterized a mother’s response to her dog. Mothers also rated images of their child and dog as eliciting similar levels of excitement (arousal) and pleasantness (valence).”

This wouldn’t surprise many dog owners. It also helps explain a lot of other societal behaviors: all the dog and cat photos posted on social media, all the animal videos, the documented amelioration of feelings of sadness and loneliness experienced by senior citizens in nursing homes who enjoy regular stints with volunteer “pet visit” groups.

Palley’s research work, funded by the Massachusetts General Hospital Center for Comparative Medicine, underscores her very personal experience. Her interest in the topic was fueled by watching her own father, a Parkinson’s Disease sufferer, be profoundly and positively impacted by visits from the in-home golden retriever a few times each week.

“One of the first things he’d ask in the morning was to see the dog,” Palley recalls. “Seeing them interact was so great… for a man who had succumbed to the physical and mobility deficits of Parkinson’s. Interacting with that dog put a smile on his face. He talked to the dog…it’s what got him out of bed in the morning in a very trying time; it was a physical struggle, but playing with the dog got his hands working. It was a bright point of his day.”

“Similarities between the owner-dog relationship and the human-infant relationship have been described within the framework of human attachment theory, developed to explain the role of the human infant-caregiver relationship in development, and extended to adult-adult caregiver, peer, and romantic relationships,” notes the study. “Attachment usually refers to the bond formed between a child and caregiver (typically, a mother) to ensure safety, security, and, ultimately, survival that may apply also to the formation and maintenance of people’s relationship with their pets.”

And now the brain — measured by the data that appeared on the scans — says it is so.

Or, as writer and photographer Roger Caras once put it, “Dogs are not our whole life, but they make our lives whole.”