More Than Music: The Work and Legacy of Richard O Lawrence

How music and brain health came together in Sound Health, Music for Babies, and The Listening Program®

Richard Owen Lawrence left the world an incredible and unique musical legacy that listeners can enjoy today in The Listening Program, Sound Health, and Music for Babies. As the founding Music Director for Advanced Brain Technologies and first violinist of the Arcangelos Chamber Ensemble, his love for music started very young.

Richard always had a particular interest in the role of music for personal growth. He studied applications for education, concentration, relaxation, and many other ways of using music for healing. Knowing that a person’s brain has a natural ability to physically change itself and strengthen its neural networks in response to a person’s experiences, he wanted to produce music to create lasting change in the brain and emotional wellbeing.

Richard was born and raised in Troon, Scotland. He grew up in a rich musical environment, guided by his mother, a conservatory-trained pianist.

By age 12, Richard had won top honors at the Edinburgh Music Festival and later completed a degree from the Royal Scottish Academy of Music in Glasgow, Scotland. He first performed with the BBC Orchestra in Bristol, England, then the Vancouver Symphony in Canada. Later, he was a concertmaster, soloist, and performer with various symphony orchestras in the U.S. and Canada.

With such a vast musical background, it came as no surprise that he became an accomplished violinist, composer, arranger, and audio engineer.

Richard had a rewarding career teaching young children for twenty years in education. This work helped him develop an awareness of how music can stimulate brain development and achieve increased human potential.

Many of his students went on to have successful careers as performers and teachers, and some won honors in such prestigious competitions as the Philadelphia Orchestra’s Young Soloist Competition and the Yehiudi Menuhin Violin Competition in England. Many of these musicians continue as soloists with orchestras today.

Richard worked with many influential people in music and brain health. Among them were; Dr. Jeffrey Thompson of the Center for NeuroAcoustic Research, Anna Wise, a leading authority on training high-performance and meditative states. Dr. Bernie Siegel, author of Love, Medicine and Miracles; and Andrew Weil, M.D., best-selling author, and director of the Department of Integrative Medicine at the University of Arizona in Tucson.

In 1997-98 Richard combined his love for music and determination to improve brain health to create music for Eight Meditations for Optimum Health and Sound Body, Sound Mind for Dr. Weil.

Richard became the founding music director of Advanced Brain Technologies’ Archangelos Chamber Ensemble. In that role, he created The Listening Program, Sound Health, Music for Babies, and a world music series of Ostad Elahi – Music for the Mind.

Richard’s composing, arranging, and performance skills allowed him to excel as a post-production audio engineer, adding extra sensitivity to this crucial part of the recording process. His love of producing music that incorporated his creative musical philosophy and extensive research was a natural fit.

This extraordinary ensemble was the first and, to this day, the only production ensemble of its kind. Made up of world-class musicians, many of whom were students of Lawrence, they were each hand-picked to be involved in ABT’s classical music production process.

Each musician was selected for their technical skills and interest in creating music used, not solely for entertainment but rather to impact the brain of those who experience it.

Through his work with Advanced Brain Technologies, he combined his many skills and talents to produce beautiful music on the cutting edge of mind/body, music, and neuroscience research. 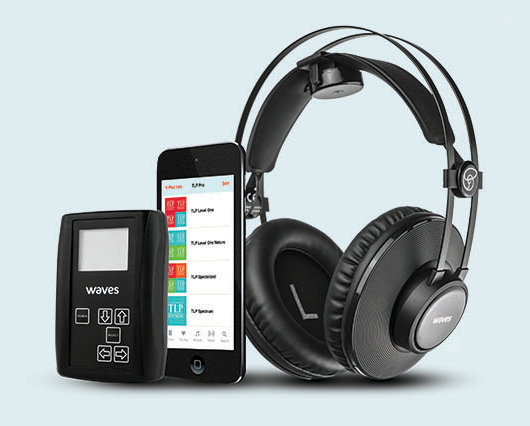 In the production of The Listening Program classical music, Richard and the team produced original High Definition recordings of Mozart Symphonies, Vivaldi Concertos, Haydn quartets, and masterful pieces by Danzi with strings and woodwinds. The compositions by these great masters and the performances by the Archangelos Chamber Ensemble are energetic, vivid, and joyous.

Richard carefully planned out each piece involved in creating these programs. From the original idea or concept to the recording process, some programs took as long as five years to produce the exacting standards to enhance and highlight the natural attributes inherent within the musical structure.

It is common for people to ask, “what’s the difference between a TLP program and classical music?” The answer lies in the heart and work of Richard Lawrence.

Many homes, schools, clinics, hospitals, military installations, and other settings worldwide use the powerful influence of The Listening Program to help people of all ages with needs ranging from autism spectrum disorders, speech delays, PTSD, physical challenges, and more.
Richard became a co-trainer at TLP Provider training courses throughout the U.S., Europe, and Mexico to further the work he loved. 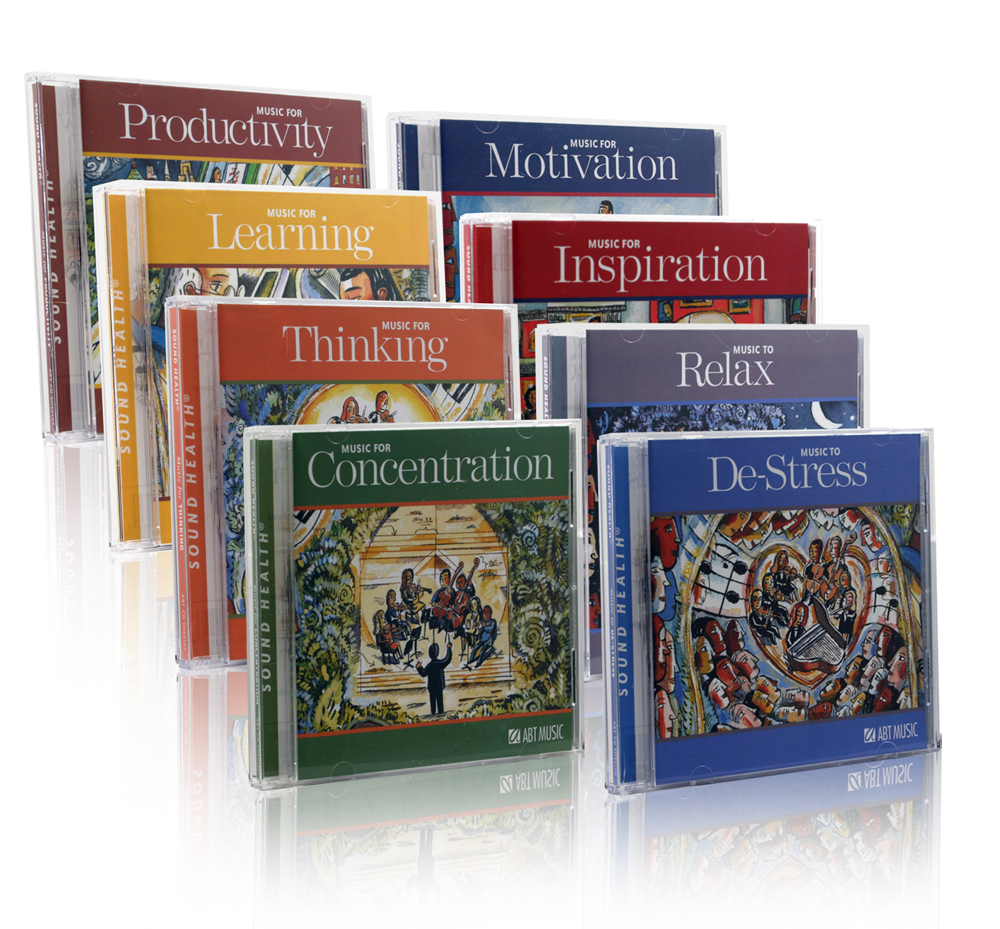 Richard spent decades studying the effects of music on the human body and psyche. He also performed extensive classical repertoire in various orchestras and chamber ensembles in Europe, Canada, and the U.S. From this experience and perspective, he chose music for each Sound Health album depending on the desired effect.

He was very intentional about the musical selections for Sound Health and carefully rearranged each piece to increase its effectiveness. Sometimes that process would involve removing a section that didn’t fit the music’s general mood. It was common for Richard to insist on recording in live acoustic settings, such as a monastery or chapel. His attention to detail made him aware that the recording environment relaxed the players and provided a beautiful tonal quality to the recordings. Richard’s dedication to making each piece a masterpiece is what makes each program so unique. 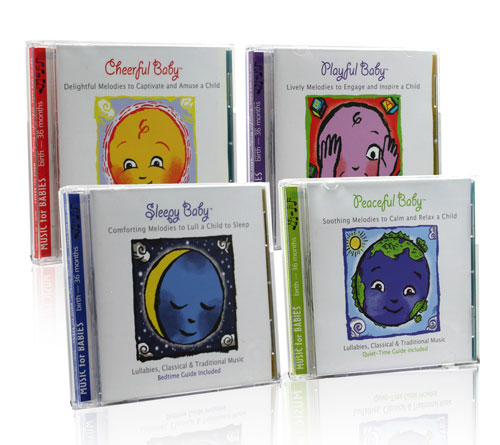 The music was carefully selected and arranged for four albums: Sleepy, Peaceful, Cheerful, and Playful.

Richard directed the musicians of The Archangelos Chamber Ensemble to play the music with an intention for the sweetest, expressive, and gentle effect for babies and young children. They recorded classical, folk music, and nursery rhymes. They also included lullabies from many cultures, including French, English, and Welsh, to help a child fall asleep.

For playtime and creating a happy mood, they selected several pieces that Mozart wrote as a child: simple, bright, and happy.

In this article, you can learn more about the creation of Music for Babies, which promotes neurological development for the very young: Creating Music for Babies by Dorothy Lockhart Lawrence

Music for the Mind 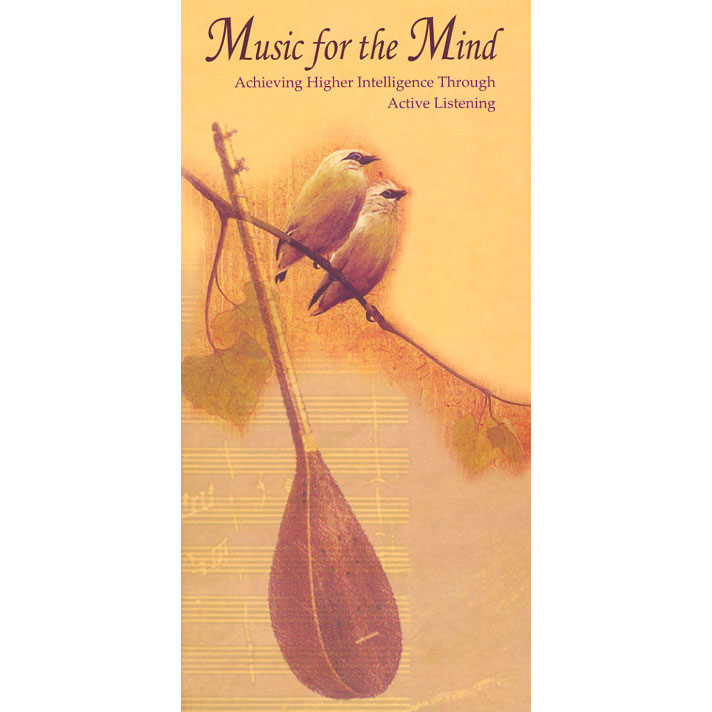 Music for the Mind was introduced to ABT by Brainquiry after noticing the unique knowledge and expertise that Richard Lawrence and Alex Doman had in music and the impact or intention behind each piece.

This program is the music of Ostad Elahi, who was a master musician and virtuoso of the tanbour. Music was, above all, a means of inner reflection and contemplation to Ostad.

Richard and Alex recognized that Ostad’s music of the tanbour is an effective and enjoyable way to exercise a person’s ears and intelligence at the same time. Tanbour is a generic term used to designate a class of lutes whose necks are longer than their bodies. It has been used almost exclusively for devotional purposes since the 15th century. They discovered that listening to music from many parts of the world can help make our desire to listen come alive.

The music and production techniques are complex, changing rhythms and tonal variety, making the acoustic patterns rich and stimulating. It was an exciting and rewarding project for Richard.

To learn more about Music for the Mind and the production process: Music and Mind – Ostad Elahi

Richard was dedicated to creating music that facilitated brain health and was widely recognized for his talents to merge the two seamlessly. Because of this, he became an engaging speaker and left his audiences captivated by his passion, presence, and wisdom. He presented at the Chicago Medical Society’s Midwest Annual Conference, at In: Fusion, a healthcare conference in Salzburg, Austria, and at ABT’s International Conference in Park City, Utah.

As a composer, Richard was known above all as a master of beautiful, heart-touching melody. His compositions were performed by various groups in the US, Canada, Europe, and China. Many who have heard his pieces count them as favorites and have asked for copies.

Richard enriched the lives of so many with his wonderful sense of humor, his ability to dig deeply into the spiritual life without fear, his great love of music, and his belief in its power to change lives. Anyone who knew him personally will remember his zest for life, his love of golf, travel, and the outdoors.

With every person listening and benefitting from the music he created, we honor Richard and the legacy he left that lives on today through this music.