Mason’s Case Report: The boy who knew he needed to listen 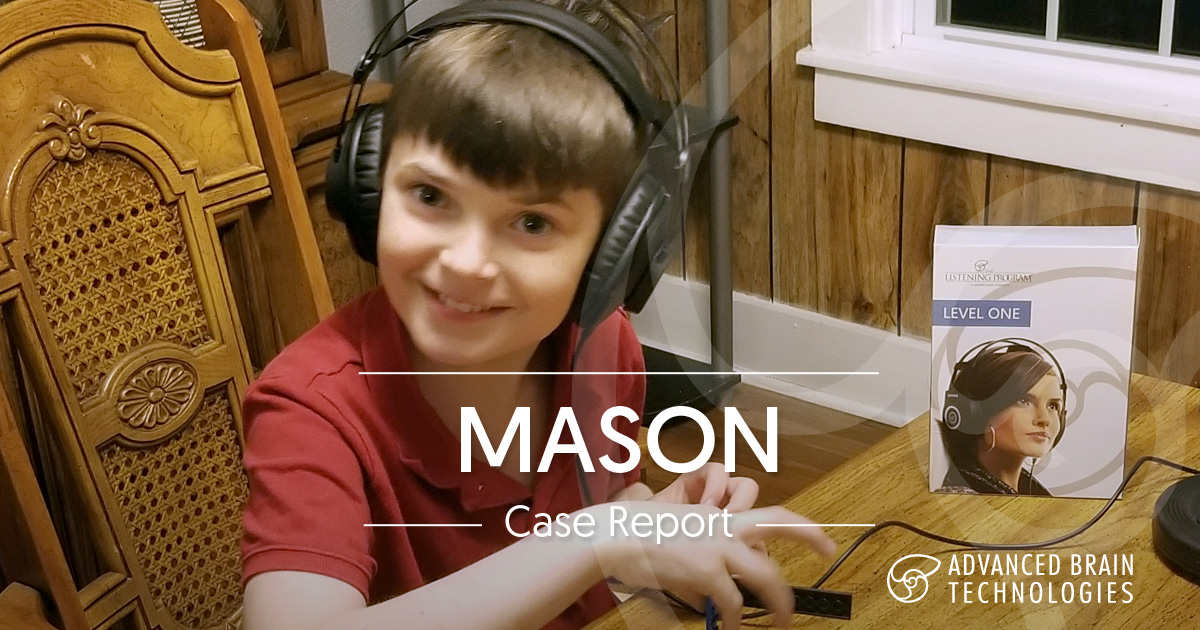 The Listening Program® (TLP) often brings exciting and unexpected results in addition to the improvements hoped for. Mason first used TLP in first grade. In just ten weeks of listening, he made the gains his speech therapist, parents and teacher had hoped for, and much more…

Mason is the subject of a new case report. He used TLP for a brief time in first grade and had therapy with speech and language therapist Joan Littlehale, to assist him with speech articulation and stuttering issues. By the end of the school year, he’d made enough progress that he was dismissed from speech therapy.

He had no special services in second grade and had a challenging year as he struggled to maintain grade level reading. Third grade presented him with even more challenges, and he fell further behind early in the school year.

In December of third grade, he told his teacher that he missed The Listening Program and the way it made him feel. He asked to begin listening again.

As a result of Mason’s insightful request, the school and his parents determined he would begin listening after he returned from winter break. Once again, he began listening to TLP Level One Nature for thirty minutes each school day. After several weeks, he began to show gains, and by the end of the year, those improvements were significant. He advanced even more over the summer even though he wasn’t using TLP, as his brain became more integrated through listening.

He continues to use TLP now, to build on the solid foundation that has been established through listening. And we look forward to hearing more about his ongoing progress.

We appreciate Mason’s speech therapist Joan Littlehale, his mom, and Mason for sharing his compelling story with us. Check out his full case report, including the accompanying videos, which are particularly gratifying to watch, as the little boy with reading difficulties, speech articulation and stuttering problems shares how TLP helps him, in his own words.

The Rhythm of Life: Music for Newborns, Preemies, and Developing Children

Rhythms are all around us, creating a steady beat for life and its patterns. This rhythm can be detected even before birth as a fetus becomes accustomed…

Avoid the “summer slide,” referring to kids’ tendency to slide backward in their academic skills during the summer months. It is possible to keep their brains active,…

A 3-Pronged Approach to Academic Success with Music

Explore a 3-pronged approach for academic success using an evidence-based intervention that can make a difference for learning recovery while simultaneously addressing students’ social and emotional needs.…