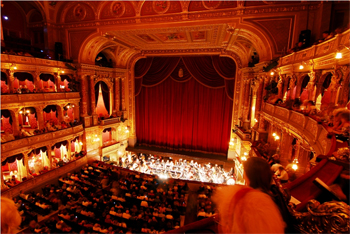 inTime, Advanced Brain Technologies’ rhythm and sound frequency-based music listening method, was launched on February 7, 2014. It is a program of firsts for music listening therapy –the first listening program to be of the world music genre and rooted in rhythmic percussion music, the first music listening therapy to emphasize both temporal (time) structure and frequency, the first program to be entirely originally composed and psychoacoustically crafted to enrich each of the four basic acoustic features – time, frequency, amplitude and spatiality, and the first Advanced Brain Technologies program to include activities in the method. Within these past two years, nearly 400 providers from 21 countries have attended training courses; listeners have reported inspiring changes linked to inTime; and research has taken place and is underway, including the first controlled group study of inTime outcomes.

During the period of inTime’s creation and production, neuroscientist Ani Patel, PhD introduced OPERA (no you haven’t missed something… Dr. Patel is not composing operas!). Rather, as a researcher and theorist, he has offered a hypothesis that specifies why musical training benefits neural encoding of speech, or neurons’ representation of speech stimulation with electrical signals. He proposed that music processing has the potential to meet five conditions which engage adaptive plasticity in speech processing networks, OPERA (Patel, 2011).

Overlap – There is an anatomical overlap in brain networks that process acoustic features used in both music and speech.

Attention – and are associated with focused attention.

With the expansion of OPERA (Patel, 2014), Dr. Patel proposed that when sensory or cognitive processing mechanisms are shared between music and speech, and a comparatively higher demand is placed on these mechanisms through music, the “stage is set” for enhanced speech processing thru musical training. When those higher demands combine with music’s emotional rewards, frequent repletion and focused attention, neural plasticity is activated.   With neural plasticity, lasting change in brain structure and function is possible, impacting speech processing. The OPERA hypothesis is now a subject of research.

Meeting the OPERA conditions with inTime
When I first read of Dr. Patel’s proposed explanation, well after inTime was released, I was struck by how inTime and other ABT music-listening programs help meet the five conditions he identified as essential for neural change. I also found myself thinking more broadly – What if ‘speech processing’ was replaced by ‘auditory processing’ or ‘auditory-language processing’, or even ‘auditory-motor processing’, especially since ‘speech’ is an auditory stimulus?  Wouldn’t OPERA still apply?

As always, Dr. Patel gives us food for thought. Whether OPERA is applied specifically to speech processing or not, this hypothesis helps us identify a collection of elements that may be stimulating neural changes that underlie the behavioral change we note with our listeners.    Part 2 of this blog, inTime and OPERA: Setting the Stage for Change will discuss inTime and each of OPERA’s five conditions.

– Sheila Allen is a co-creator and co-producer of inTime and a licensed occupational therapist who co-directs Pediatric Therapeutics, LLC, a children’s therapy center in Chatham, NJ.