Generosity Starts in the Brain, Say Researchers Studying the Giving Spirit in Children 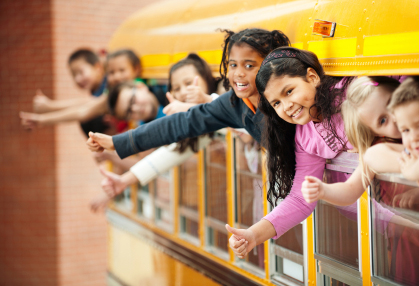 Does generosity have a neural component? It certainly appears so.

Developmental neuroscientists at the University of Chicago recently conducted an experiment that leads them to believe there are “specific brain markers that predict generosity in children.”

The markers, unsurprisingly perhaps, appear to be linked to tandem social and moral thinking processes.

As most parents know, children start their lives as fairly selfish beings. But when the researchers conducted a “giving stickers away” experiment with a group of three to five year olds, they discovered that not only was generosity a proxy for moral behavior, it also was affected by thoughts and reflections in the brain.

Jean Decety, the Irving B. Harris Professor of Psychology and Psychiatry, and Jason Cowell, a postdoctoral scholar in Decety’s Child NeuroSuite lab, wanted to find out how young children’s brains evaluate whether to share something with others out of generosity.

“We know that generosity in children increases as they get older,” said Decety.

Though neuroscientists have not fully analyzed what mechanisms might lead to an increase in generosity, Decety posits that “the results of this study demonstrate that children exhibit both distinct early automatic and later more controlled patterns of neural responses when viewing scenarios showing helping and harmful behaviors. It’s that later more controlled neural response that is predictive of generosity.”

The study included recording brain waves by EEG and eye tracking of 57 children who watched short animations depicting prosocial and antisocial behaviors of cartoon characters that were either helping or harming others.

The children then played a game in which they could choose to share (or not share) a portion of their individual allotment of ten stickers with an anonymous child who arrived later in the day. Most of the children shared fewer than two stickers (1.78 out of 10) with the newly arrived child.

An interesting highlight of the study: researchers found that the nature of the animations the children watched at the outset could influence the children’s likelihood of behaving in a generous way.

“The results shed light on the theory of moral development by documenting the respective contribution of automatic and cognitive neural processes underpinning moral behavior in children,” Decety explained.

In other words, children do make moral choices.

“This is the first neuro-developmental study of moral sensitivity that directly links implicit moral evaluations and actual moral behavior, and identifies the specific neuro markers of each,” said Decety. “These findings provide an interesting idea that by encouraging children to reflect upon the moral behavior of others, we may be able to foster sharing and generosity in them.”