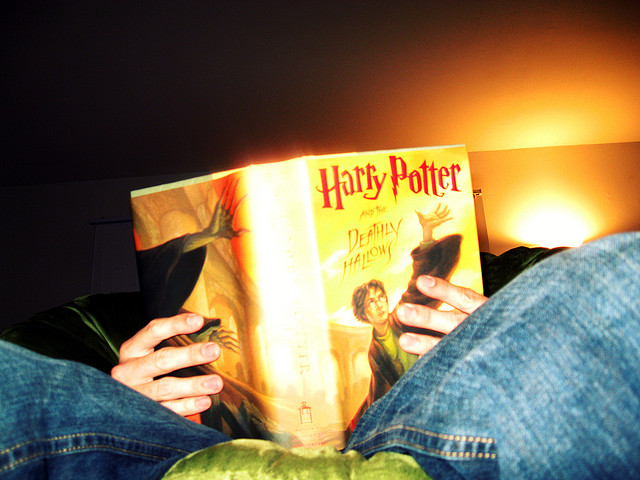 Harry Potter books may be good fun to read, but they also have provided new insight into what goes on inside the human brain when it digests written material.

While wild wizardry and the world of Hogwarts were part of a recent study, the goal for researchers was to map out “what happens in different parts of the brain when people read and connect words with the ideas behind them.”

The study — “Simultaneously Uncovering the Patterns of Brain Regions Involved in Different Story Reading Subprocesses” — involved a team of researchers from Carnegie Mellon University (CMU), which performed scans on the brains of eight people as they read the ninth chapter of the first book (“The Sorcerer’s Stone”) in J.K. Rowling’s famous fantasy series.

Graduate student Leila Wehbe conducted much of the research. Wehbe said this chapter is about Harry’s first flying lesson.

“It turns out that movement of the characters — such as when they are flying their brooms — is associated with activation in the same brain region that we use to perceive other people’s motion,” Wehbe said.

The researchers performed functional magnetic resonance imaging (fMRI) scans of eight people as they read the chapter. They then analyzed the scans, cubic millimeter by cubic millimeter, for every four-word segment of that chapter. The result is a groundbreaking integrated computational model of reading, “identifying which parts of the brain are responsible for such subprocesses as parsing sentences, determining the meaning of words, and understanding relationships between characters.”

“At first, we were skeptical of whether this would work at all,” Mitchell said, noting that analyzing multiple subprocesses of the brain simultaneously is unprecedented in cognitive neuroscience. “But it turned out amazingly well and now we have these wonderful brain maps that describe where in the brain you’re thinking about a wide variety of things.”

Scientists believe the research could eventually reveal what’s happening in the brains of people who struggle to read or to help people with dyslexia, or even patients recovering from strokes.

Such interesting research — where subjects were invited to immerse themselves in the magical world of Harry Potter — is also a groundbreaker. This was no boring brain scan study.

“No one falls asleep in the scanner during Leila’s experiments,” Mitchell said.