Can Smokers Cut Nicotine in the Nick of Time? Study Hints Restoration of Brain Cortex Possible 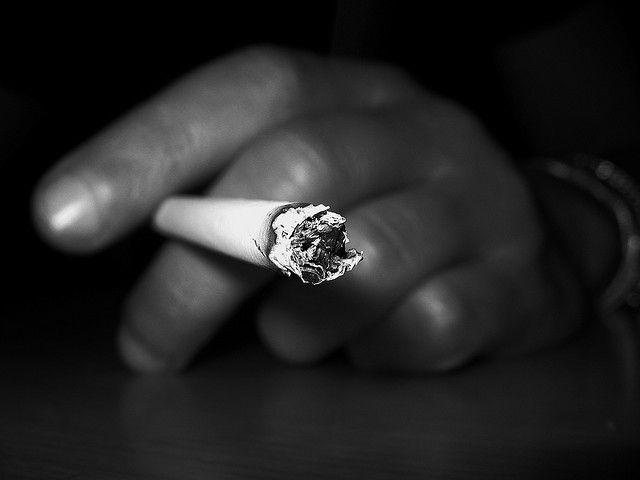 There’s isn’t anyone left on the planet who could convincingly argue that smoking cigarettes is good for a person. But now new research adds more evidence to the pile of bad outcomes (heart disease, cancer, chronic pulmonary disorders, and more) that can result — specifically damage to the cerebral cortex.

The research substantiated thinning of the cerebral cortex, a vital part of the brain, among longtime cigarette smokers.

Why does it matter? The cortex is critical to brain function we view as truly human: cognitive capabilities including memory, language, and perception. A thinner brain cortex is associated with adult cognitive decline and could accelerate conditions including dementia and Alzheimer’s.

“Cigarette Smoking and Thinning of the Brain’s Cortex” was just published online in the journal Molecular Psychiatry.

Researchers in Montreal used MRI brain scans to examine 36 current smokers, 223 ex-smokers, and 245 participants with no history of smoking, the largest cohort of people ever involved in similar research on the effects of smoking on cortical thickness. Their mean age was 72.7 years.,

“We found that current and ex-smokers had many areas of thinner brain cortex than those that never smoked. Subjects who stopped smoking seem to partially recover their cortical thickness for each year without smoking,” said lead author psychiatry professor Sherif Karama of McGill University and the Douglas Mental Health University Institute.

Yes, the cortex grows thinner under conditions of normal aging. But the study documented that smoking appears to accelerate the thinning process.

“Smokers should be informed that cigarettes could hasten the thinning of the brain’s cortex, which could lead to cognitive deterioration,” noted the researchers.

To “add insult to injury,” cortical thinning remains present for many years after someone kicks the cigarette habit, according to Karama.

But Karama did offer hope to former smokers.

“In light of accruing evidence of brain plasticity in adults and the observed reversal of risk for some health outcomes after smoking cessation,” said Karama, “we predicted at least a partial reversal of smoking-related cortical thinning in those who had stopped smoking.”

Sound Sensitivities and What To Do About Them By Wendy Bertagnole, MA, Special Education

For those with auditory sensitivities, it is possible to desensitize adverse reactions and reprogram the emotional memory system so that people can develop a healthy and positive…

The Listening Program, A Groundbreaking Protocol for Developmental and Immune-Related Conditions

Our brains are wired to keep us safe. When a sensory need is unmet (too much or too little sensory input), the brain sends an “unsafe” signal,…