Can Flexing Your Brain Give Your Muscles Some Mojo? 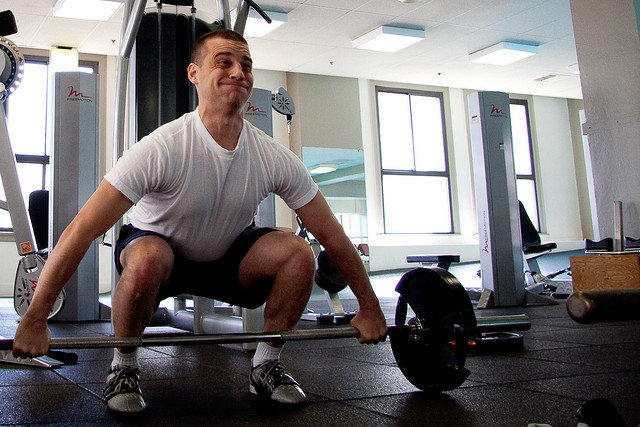 As often as it gets said, there’s still nothing magical about “wishing on a shooting star.” It won’t help you get rich, become famous, or lose 50 pounds overnight.

The wishing, of course, is all in your head. But an amazing new study by Brian Clark and a team of researchers at Ohio University has shown that you may indeed be able to use your head to affect fitness.

Could flexing the brain put some mojo in your muscles?

The study, “The Power of the Mind: The Cortex as a Critical Determinant of Muscle Strength/Weakness,” indicates that even sitting still and thinking about exercise might have positive benefits.

Clark and his crew had 29 people wrap their wrists in surgical casts for a month. Throughout that period, half were instructed to think about exercising their immobilized wrists for about 11 minutes a day five days of the week. The goal for this half of volunteers was to use their brains to mentally focus on pretending to flex the wrist muscles. Once the casts were removed, researchers were stunned to find that those who completed the mental exercises had wrist muscles two times stronger than those that had not.

“We tested the hypothesis that the nervous system, and the cortex in particular, is a critical determinant of muscle strength/weakness and that a high level of corticospinal inhibition is an important neurophysiologic factor regulating force generation,” noted the study.

“Mental imagery has been shown to activate several cortical areas that are involved with actual motor behaviors- including premotor and M1 regions,” concluded the team.

Or, in layman’s language, the brain and the body work as one as an intricately connected system — and yes, thinking can indeed lead to physical changes.

This research backs up previously published studies that show links between the brain and muscles. Earlier studies at the Cleveland Clinic and the University of Washington indicated that mental exercise can impact muscle strength.

While there’s still no way to sit on the sofa and become a model of fitness through mental power alone, the study results confirm that the brain helps the process — and that if we abandon the shooting star, and let the cortex pull its considerable weight, interesting things could happen.