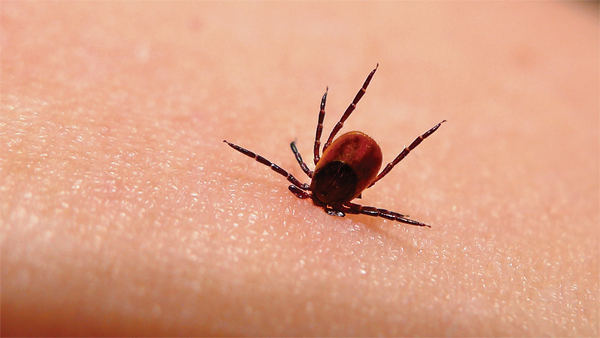 “Parents who have children with Lyme disease are very concerned with the impact of the disease on their children’s bodies. One factor that is not well addressed with such children is how the Lyme disease may affect the child’s abilities to process what is heard. “

According to the CDC Lyme disease is caused by the bacterium Borrelia burgdorferi and is transmitted to humans through the bite of infected blacklegged ticks. Typical symptoms include fever, headache, fatigue, and a characteristic skin rash called erythema migrans. If left untreated, infection can spread to joints, the heart, and the nervous system. Lyme disease is diagnosed based on symptoms, physical findings (e.g., rash), and the possibility of exposure to infected ticks. Laboratory testing is helpful if used correctly and performed with validated methods.

Any part of the nervous system may become affected with a wide range of neurological and psychiatric symptoms. Called “The New Great Imitator” Lyme may affect many parts of the body, and include neurological problems, often with serious long-term effects.

The journal Annals of Pediatric & Child Health recently published a Review Article* by Jay R. Lucker which discusses auditory problems in children with Lyme disease citing that hearing problems were found in 48% of patients with late stage Lyme disease. Auditory processing is another factor including hypersensitivity to sound.

The author goes on to discuss treatment for auditory hypersensitivity citing two methods, auditory desensitization and listening therapy or sound intervention, more specifically The Listening Program®®.  A combination of the two treatments was suggested and tried with these four cases. Following The Listening Program® parent reports were that all four children had less hypersensitivity and negative behavioral reactions to loud and annoying sounds.

Lucker writes that what these four cases demonstrate is that when a child is identified as having auditory hypersensitivity to sound following a diagnosis of and treatment for Lyme disease that one should evaluate the child’s tolerance of loud sounds to determine whether they have hypersensitive hearing, and then consider using a listening therapy, and desensitization approach to improve tolerance of loud and annoying sounds thus providing better listening for such children.

We are pleased with these findings and the growing interest from the scientific community on the use of The Listening Program® to help people suffering from auditory hypersensitivity.