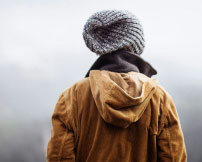 Asperger syndrome (AS) is an autism spectrum disorder (ASD), one of a distinct group of complex neurodevelopment disorders characterized by social impairment, communication difficulties, and restrictive, repetitive, and stereotyped patterns of behavior. AS is also sometimes called high-functioning autism (HFA), and is viewed as being on the mild end of the ASD spectrum with symptoms that differ in degree from autistic disorder. Source: NIH

Professionals working with children and adults diagnosed with Asperger Syndrome and their family members are obviously interested in doing all they can to help these individuals function at their greatest potential. In this pursuit many therapy options may be explored, including music listening therapy.

Recently a case report was submitted to us about 25 year old woman in Ireland with Asperger Syndrome. Her name is Marian, and she’s been receiving music listening therapy, The Listening Program® (TLP) as a primary therapeutic modality with great success since 2003. In the report Marian’s provider, Leonie Maria Smith, a chartered physiotherapist, summarizes her TLP listening experience, and carefully documents the exciting changes which unfolded after she started using inTime, the rhythm based music listening therapy method from Advanced Brain Technologies.

Marian’s changes after starting inTime were meaningful and self-evident. She has made significant progress playing the piano, receiving honors in the Royal Irish Academy state musical examinations. She demonstrated improvements in auditory processing skills as shown through the Test of Auditory and Visual Skills (TAVS). Marian’s reports and those of her parents, along with clinical observations, indicate improvements in her ability to find and keep a steady beat and/or rhythm/pattern, her posture and quality of movement, her auditory processing, voice, decision-making, flexibility and confidence. These improvements have contributed to positive change in Marian’s musicianship, sociability, and daily living.

As Marian’s parents were fascinated by the results of their daughter using inTime, they both started their own listening and have improved their stress levels, a common report from adult listeners.

This account exemplifies a family’s use of inTime, demonstrating customized programming, benefits relative to individual needs and goals, and enjoyment of the program.