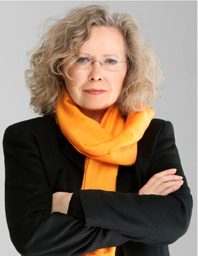 Vera is Director of the Research Program for Music-Medicine at Paracelsus Medical University, Salzburg, Austria. She is Vice President of IAMM (International Association for Music and Medicine), New York, USA, board member of I.M.A.R.A.A. (International Music and Arts Research Association Austria), international program director for the Mozart & Science Congress and member of the scientific advisory board of the Fritz Albert Popp Institute.

Vera Brandes was one of the co-founders of the Science Network Man and Music at the University Mozarteum, Salzburg and vice-president of the non profit organization saludArt. Since 1995, she has been committed to the application of music in medical therapy and prevention. Since 1999 she organized advanced trainings for medical doctors and therapists in Neurodevelopmental Auditory Training. From 2001 to 2003, she lectured on culture & media at the University for Applied Sciences in Salzburg, Austria. She co-initiated and co-organized the congress “in:fusion – New Qualities in Healthcare” in 2004 before she assumed her current position at the Paracelsus Medical University. She is also CSO of SANOSON in Vienna, Austria and developed I-MAT© (Individualized Music-focussed Audio Therapies) for the treatment of psychosomatic disorders. She has published numerous articles, and presents at international conferences.

Before she began her career in science, Brandes was an award-winning music producer and record company owner. Between 1974 and 1999 she released more than 350 CDs featuring a broad spectrum of international artists and promoted a multitude of concerts, tours and festivals. 1n 1994, she received the award for the Most Creative and Innovative Company in music and media in Germany from the Ministry of Economics.