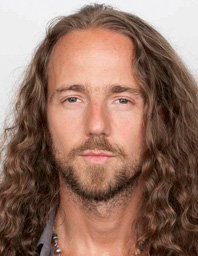 Nacho Arimany is a master ethnic percussionist, multi-instrumentalist and composer whose music career began at age six as a classical piano student and singer with the Spanish National Choir and Orchestra and has evolved into a highly unique blend of talents and diversity of capabilities which he offers as a producer, performer, therapeutic musician and educator.

Beyond his early classical training, Arimany has been immersed in study of traditional rhythms from around the world, specializing in North African and Flamenco rhythms, since his teens. He has a degree in Pedagogy and Philosophy from the Universidad Complutense de Madrid and a certificate from the New York Open Center Music Institute for completion of study of the principles of Healing with Sound and Music. He has toured globally and collaborated with artists from a myriad of musical traditions over the years. His instrumental and vocal style integrates World Music, Jazz, and the natural resonant properties of the instruments he chooses, leading him to a deep belief in the joy and transformative power of natural rhythms and sounds.

Currently living in New York City, Arimany has been composing/recording/producing a new rhythm-based music listening method for Advanced Brain Technologies of Ogden, UT. He also directs The Joy of Sound, a cross-cultural soundwork practice, and performs with his avant-garde World Jazz trio, the ArimaNY Trio. He has taught classes at conservatories and universities internationally, and is currently an instructor at the New York Open Center. Arimany has developed drumming programs for jailed women and juveniles in detention. He co-developed several rhythm/tempo-based groups for children with sensory processing disorder and autism, and brought live percussive sound to a clinical setting, Pediatric Therapeutics, in Chatham, NJ.

In 2007 Arimany released his first album, Silence-Light, with his Nacho Arimany World-Flamenco Sextet under Fresh Sound Records, and has performed and recorded with Lionel Loueke, Lizz Wright and Angelique Kidjo among other world renown artists.