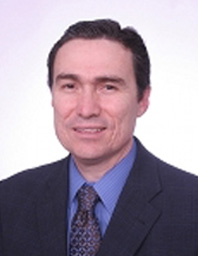 Dr. Flores received his Medical Degree in 1985 from the Universidad de Monterrey After competing his residency in Audiology and Otoneurology in 1991 at the Instituto Mexicano del Seguro Social in Mexico City, he established a Private Practice and Founded the Centro Audiologico Miravalle where he evaluates diagnose and treat patients with hearing and/or vestibular problems.

He also is the Medical Director of Instrumentos Auditivos y de Diagnostico in Monterrey, since 1994. He is part of a Coclear Implant group since 1999. He has special interest in CAPD and vestibular problems.

Looking for therapies for treating CAPD he became interested in the TLP, and was trained at ABT on nov 2002. He became facilitator for the TLP in Mexico.

Now he is also working in a new project for an auditory and vestibular rehabilitation center.