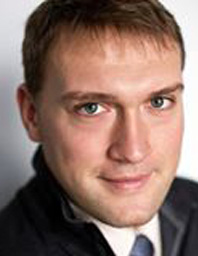 Dr. Efimov received his Medical Degree in 2005 from the St. Petersburg State Pediatric Medical Academy in Russia. During his years in medical school (since 4th year), he was working as a physician and assistant to a functional diagnostics doctor in “Prognoz”, neurological clinic. During this period, he developed a rehabilitation program, which included classical medical and new technology approaches. After completing his residency in Neurology in 2007, based at the Neurology Department of St. Petersburg State Pediatric Medical Academy, he started his work as a neurologist, specializing primarily in the field of speech and behavioral problems. One year later, he founded a rehabilitation department, in close cooperation with Prognoz Group.

In following years, he added functional diagnostics, psychiatry, and healthcare management to his list of knowledge. He conducted dozens of studies of the efficiency of different rehab methods in Doctrine Clinic (new rehab brand in Prognoz Network), which admits up to 100 new patients each week. He also is a consultant for a few governmental initiatives, and companies with medical equipment and separately leads a business in the field of Medical Investment Consulting. During the global search of Prognoz Group, Advanced Brain Technologies inTime program gained the interest of Dr. Efimov and his colleagues. Subsequently they began scientific studies on the method and based on the results they believe there is great global potential for this and other programs from ABT. Studies on small groups (less than 45 patients) made them believe these programs are well scientifically-based and now Dr. Efimov and Prognoz Group work in very close cooperation with ABT in many aspects including ongoing research and training in Russia.