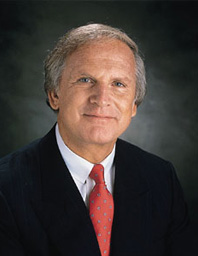 Dr. Denis Waitley is one of America’s most respected authors, keynote lecturers and productivity consultants on high performance human achievement.

He has inspired, informed, challenged andentertained audiences for over 25 years from the board rooms of multi-nationalcorporations to the control rooms of NASA’s space program; from the lockerrooms of world-class athletes to the meeting rooms of thousands of conventioneers throughout the world. Recently, he was voted business speaker ofthe year by the Sales and Marketing Executives’ Association and byToastmasters’ International and inducted into the International Speakers’ Hall of Fame.

With over 10 million audio programs sold in 14languages, Denis Waitley is the most listened-to voice on personal and careersuccess. He is the author of 16 non-fiction books, including severalinternational best sellers, “Seeds of Greatness,” “Being theBest,” “The Winner’s Edge,” “The Joy of Working,” and”Empires of the Mind.” Hislatest book, “The Dragon and the Eagle: China and America, Growing Together,Worlds Apart”, has already captured the interest of western and far easternbusiness leaders, educators, students and travelers as a “wake-up-call” duringthis transformation of China into a dominant world power. His audio album, “The Psychology ofWinning,” is the all-time best selling program on self-mastery.

Dr. Waitley has counseled winners in every field from Apollo astronauts to Superbowl champions, from sales achievers to government leaders and youth groups. During the past decade, he served as Chairman of Psychology on the U. S. Olympic Committee’s Sports Medicine Council, responsible for performance enhancement of all U. S. Olympic athletes. He currently serves on The Board of Directors of the first American University in China, SIAS International University.

He has been a consultant to and keynote lecturer for top multi-national corporations including General Electric, Dell Computer, UBS, Citigroup, IBM, Toyota, Prudential, Walmart and Mercedes Benz. Currently, he is developing leadership training programs specifically aimed at young entrepreneurs in China and other Asian regions, including Taiwan, Singapore, Malaysia, Indonesia and India.