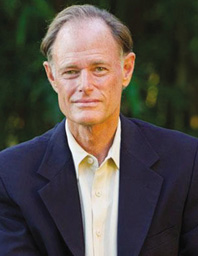 David Perlmutter, MD, FACN, ABIHM is a Board-Certified Neurologist and Fellow of the American College of Nutrition. He received his M.D. degree from the University of Miami School of Medicine where he was awarded the Leonard G. Rowntree Research Award for best research by a medical student. After completing residency training in Neurology, also at the University of Miami, Dr. Perlmutter entered private practice in Naples, Florida.

Dr. Perlmutter serves as an Associate Professor at the University of Miami School of Medicine. Dr. Perlmutter is a frequent lecturer at symposia sponsored by such medical institutions as Harvard University, the University of Arizona, Scripps Institute, New York University, and Columbia University. He has contributed extensively to the world medical literature with publications appearing in The Journal of Neurosurgery, The Southern Medical Journal, Journal of Applied Nutrition, and Archives of Neurology. He is the author of many books, including: The Better Brain Book, Raise a Smarter Child By Kindergarten, Power Up Your Brain: The Neuroscience of Enlightenment, the #1 New York Times Bestseller Grain Brain ? The Surprising Truth About Wheat, Carbs, and Sugar ? Your Brain’s Silent Killers, New York Times Bestseller The Grain Brain Cookbook, and the upcoming Brain Maker: The Power of Gut Microbes to Heal and Protect Your Brain ? For Life, and is recognized internationally as a leader in the field of nutritional influences in neurological disorders.

Dr. Perlmutter has been interviewed on many nationally syndicated radio and television programs including 20/20, Larry King Live, CNN, Fox News, Fox and Friends, The Today Show, Oprah, Dr. Oz, Montel Across America, and The CBS Early Show. He serves as medical advisor to the Dr. Oz Show. In 2002, Dr. Perlmutter was the recipient of the Linus Pauling Award for his innovative approaches to neurological disorders and the Denham Harman Award for his pioneering work in free radical science and its application on clinical medicine. In 2006, Dr. Perlmutter was the recipient of the National Nutritional Foods Association Clinician of the Year Award and in 2010 was awarded the Humanitarian of the Year award from the American College of Nutrition.

The cornerstone of Dr. Perlmutter’s unique approach to neurological disorders is founded in the principles of preventive medicine. He has brought to the public awareness a rich understanding that challenging brain problems including Alzheimer’s disease, other forms of dementia, depression, and ADHD may very well be prevented with lifestyle changes including a gluten free, low carbohydrate, higher fat diet coupled with aerobic exercise.